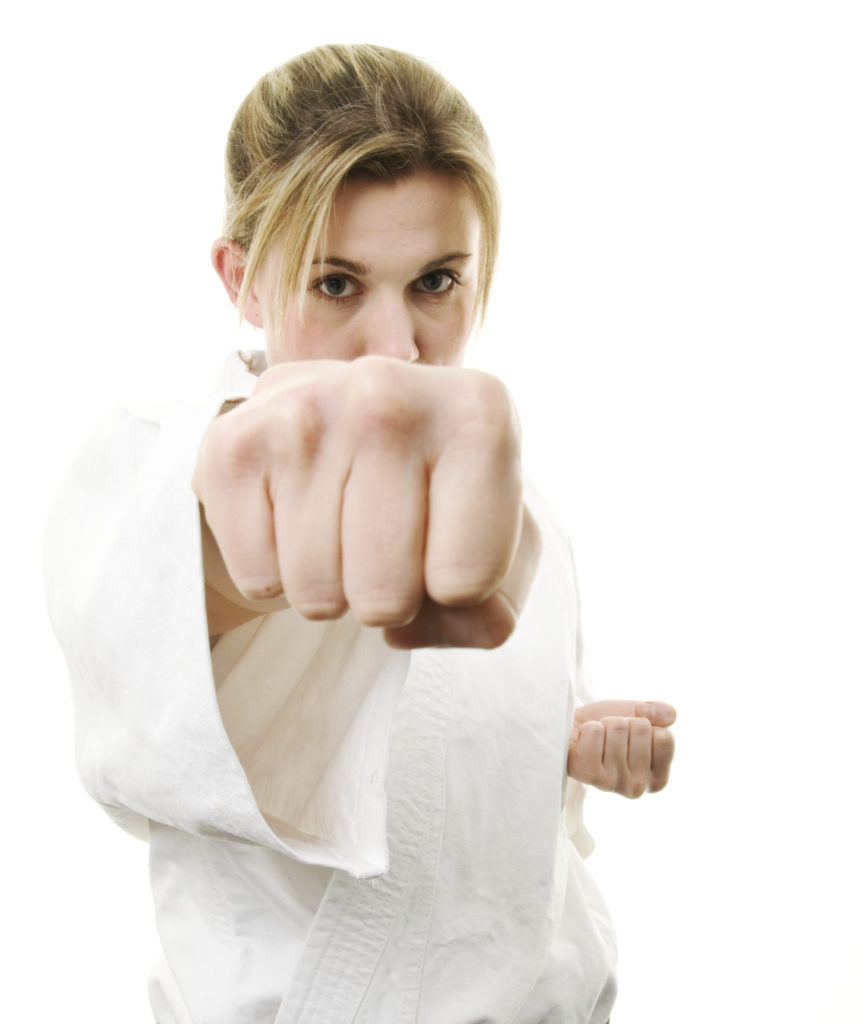 THE WOMANLY ART OF SELF DEFENSE 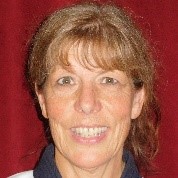 We all deserve to be safe, whether in our home or out in the community.  This goal of personal safety can be accomplished by enhancing our sense of power, increasing an awareness of events in our physical environment and developing self defense skills.

The first step in developing self protection skills is to acknowledge that we have the right, and the physical and mental ability, to keep ourselves safe.  The role of women in our society tends to be that of caretaker, nurturer and loving guidance counselor.  The thought of hurting another individual, regardless of the reason, can cause hesitation and doubt if confronted by a physical attack.  The fear of not being strong enough to defend oneself can add to this hesitation.  However, the thought of a child being hurt can ignite a feeling of power and aggression within the most loving of individuals.  Decide that you are worth protecting and make a vow to fight if you are physically confronted.

An important step in establishing a mental attitude that promotes safety, is to develop an awareness of media bias.  The news regularly contains stories of abuse and damage toward women and children.  The message is given that if you are confronted, give in and cooperate or your assailant will increase their level of aggression.  THIS BELIEF IS NOT TRUE!!!  Statistics on “assault resistance” have determined that 81% of individuals who tried running, were able to escape. 62.5% of those who screamed or yelled, escaped successfully.  68% of women who used physical force of any kind, avoided rape.  The occurrence of outside intervention stopped 83% of attempted rapes. (Outside intervention increases the assailant's fear of getting caught.)   A concern about an assailant using a weapon is valid, however, in 93% of rapes, no guns are used.  In 75% of rapes, no weapons are used.  Only 1% of assault crimes with handguns result in fatalities.  99% have no fatalities.  Unfortunately stories of survival do not generate the same type of media attention as stories of violence. *

Reducing your level of fear, can increase your level of power.  Once you have made the decision that YOU WILL PROTECT YOURSELF, follow these rules for personal safety.

The five primary targets are:

EYES – Striking one eye makes both eyes water.  This temporarily blinds the person who is hit so that the other person can get away or make the next move.  People often feel immobilized and “freaked out” when they can't see.

NOSE – The eyes automatically water when the nose is hit, causing temporary blindness.

THROAT – Pressing, even lightly, the front of the throat, the hard part or “Adam's apple”, can cause a suffocating sensation.  When struck, a person usually worries about breathing rather than being aggressive.

GROAN - (testicles, not penis) Strikes aimed upward between the legs usually cause men to double over with all their muscles contracting.  One misconception about the groin is that striking it makes men angrier and more aggressive.  Men may become angrier when threatened with strikes to the groin but strikes that meet the mark will usually incapacitate them temporarily.  Another commonly held belief is that the groin is hard to strike effectively because men protect it.  However, men will try to protect any vulnerable area they think may be targeted.  While trying to protect any one or even two target areas, a third target may be open for a strike.

KNEES – It doesn't take much pressure to break, dislocate, or even sprain a knee when it is struck from the front or sides.  Hit from the back, however, the knee buckles and is directed into the ground causing pain.

Use the strong places in your body as a weapon.  These include:  fists, thumbs, palms, shoulders, forearms, elbows, knees, head.  Use your strong places against the attacker's target areas.

Strategy and the element of surprise increase effectiveness.  ALWAYS PLAN FOLLOW UP ATTACKS!

Take a self defense class to improve your health, confidence level and ability to remain safe!

Posted in Adult, Benefits of Soo Bahk Do Training and tagged Self Defense
Scroll To Top
We use cookies to ensure that we give you the best experience on our website. If you continue to use this site we will assume that you are happy with it.Accept